What is my camera setting – Food photos at events

Once, I was asked what my camera settings were at a fashion runway show. You’d think I get asked that question a lot. Not really. I’d guess that most people just ‘point and shoot’, not requiring to know anything other than pressing the necessary button. That time when I got asked about my camera settings was when an amateur photographer, who had spent quite a lot of $ on gear, wanted to do more with his newly purchased equipment (or equipment he had for a long time but never ventured into using anything other than ‘Auto’ mode).

With that in mind, I’ll be writing a series of articles called ‘What is my camera setting’, which will be for those who want to ask me setting questions but are too shy to do so.

Before I delve into the nitty gritty, there is one thing I would like to point out. There are no right or wrong settings. What I share is only going to be useful for you if you like the look of my images. And there are a lot of different ways to get the look you want. It’s really all about personal preference. A setting that gives you the look you like will be the right setting for you.

Now that I’ve got that out the way, I thought for the first post I’d share how I took food photos at a busy buffet place called Beau Rivage in Gloucester Park. My client contacted me asking me to take ‘food and people’ photos. At the time of the booking, I didn’t know that it would be a buffet restaurant. Shooting isn’t much of a problem if everything stays still. I also didn’t know that it was going to be super busy! 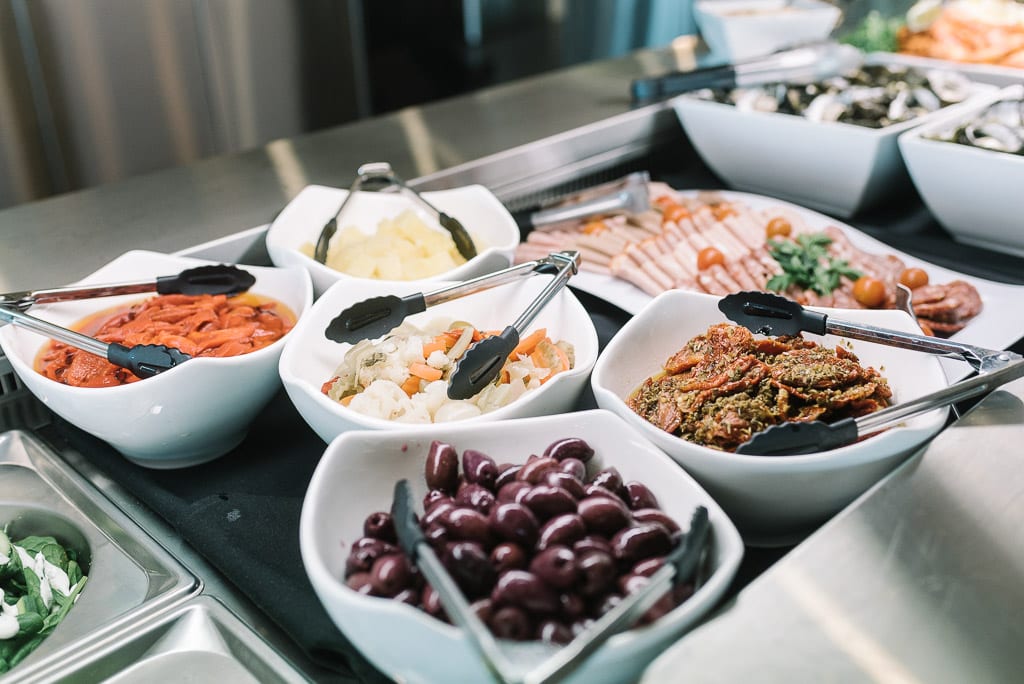 This was my setting in manual mode. Your setting could be 1/240 (slower shutter) at F2.8 (you still want shallow depth) with ISO320 (less light going into the sensor). If I can, I always try to shoot with a fast shutter speed. I’ve come to realise that I’m better off, almost always, increasing ISO thereby giving me more shutter speed and less chance of camera shake.

As I said, the buffet table wasn’t going anywhere so I was able to think about the settings for more than a few seconds and a static target allows you to recompose if the first shot isn’t great. That’s easy enough but as I said earlier, the place got really busy. Also, I think food photos are better when the food is plated up!

Snapping while people are adding food on their plate and stopping people from getting to their table with a plate of food requires quite a bit of boldness and speed to focus and shoot. There is no time to think about the settings when you have less than a second to make each exposure. This is when I change my setting to be Aperture priority. I set the F stop to be F2.8 and let the camera decide the rest.

When I was taking these images, I didn’t have time to think. I had to stop people (on their way to go eat) and just press the shutter. I just had to be careful not to shake the camera and be super quick with getting the focus right (this is where professional cameras come in handy). And, of course, always be aware of composition! Don’t think these images look like this straight out of the camera. I often shoot about one stop underexposed (from Aperture priority I compensated for 1 stop under). That means I usually need to lighten these images in the computer. That was my preference for that particular shoot. I just thought it would work better. Perhaps next time I’ll shoot without the compensation.

I’ll share more of my camera settings shortly. Do you have any specific thing you’d like to know? If yes, write to me at studio@songyknox.com.

Until then, happy shooting.

Hi, my name is Songy, your Personal Brand Coach & Photographer. I help you create a brand that represents who you are and what you do so that you can grow your business. I’ve moved well away from thoughts of having the ‘wrong’ personality or being an introvert, and now I’m helping everyone who is not comfortable being visible to become visible and flourish in the marketplace. My clients love my direct, no-nonsense approach, my off-beat sense of humour and my caring nature. Connect with me by signing up to receive my weekly marketing insights and personal branding secrets.

Your face. Your story. Your brand.

A personal brand playbook for professionals

If you enjoyed reading this...

Sign up to receive the workbook – Invitation to Play, designed to help you kick start your personal branding journey.

How to rewrite your narrative on Branding

What comes to your mind when you hear about the

We often hear that asking a better set of questions

Do you often ask yourself if you’re good enough

Am I good enough? This is another common question that

What would THEY say about your brand?

When it comes to branding, one of the big stumbling

What do you stand for?

So far in the last two dispatches, I shared: The